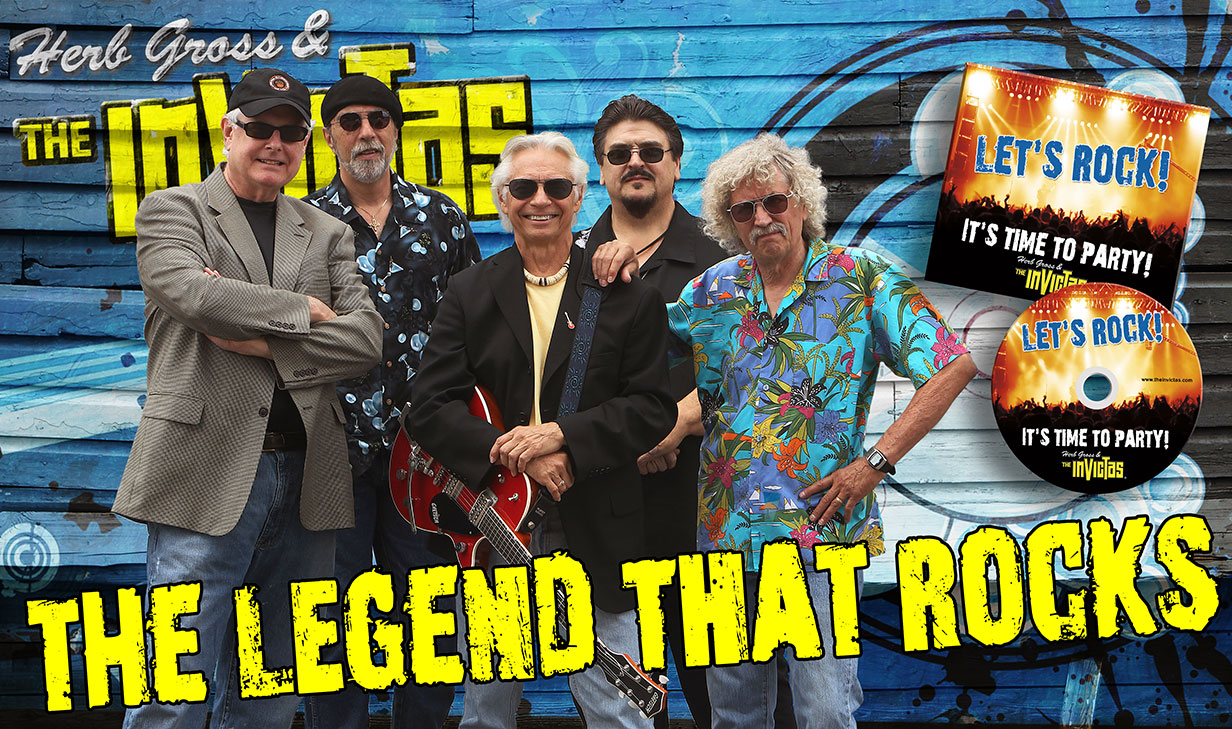 The Story of The Invictas.

During the 60’s a band known as "The Invictas” attracted thousands of fans, and today they are still rocking. This band's music will get your audience on their feet, dancing, singing and having fun. The band has been featured on NBC’s Today Show, in USA Today, interviewed by iHeart Radio and featured by media across the US and Canada. They are known for their party song “The Hump” as well as originals like "Rock Till Ya Drop", "Son Of A Gun", "Red White Blue and True", "Hump Day" and others.

The Invictas have shared the stage with groups like The Beach Boys, The Rascals, Gary Lewis and others. To add to the fun, they're known to arrive in a classic Cadillac hearse, and their newest party concept is entitled "Champagne and Pizza.”

Yes... The Invictas are “The Legend That Rocks!”