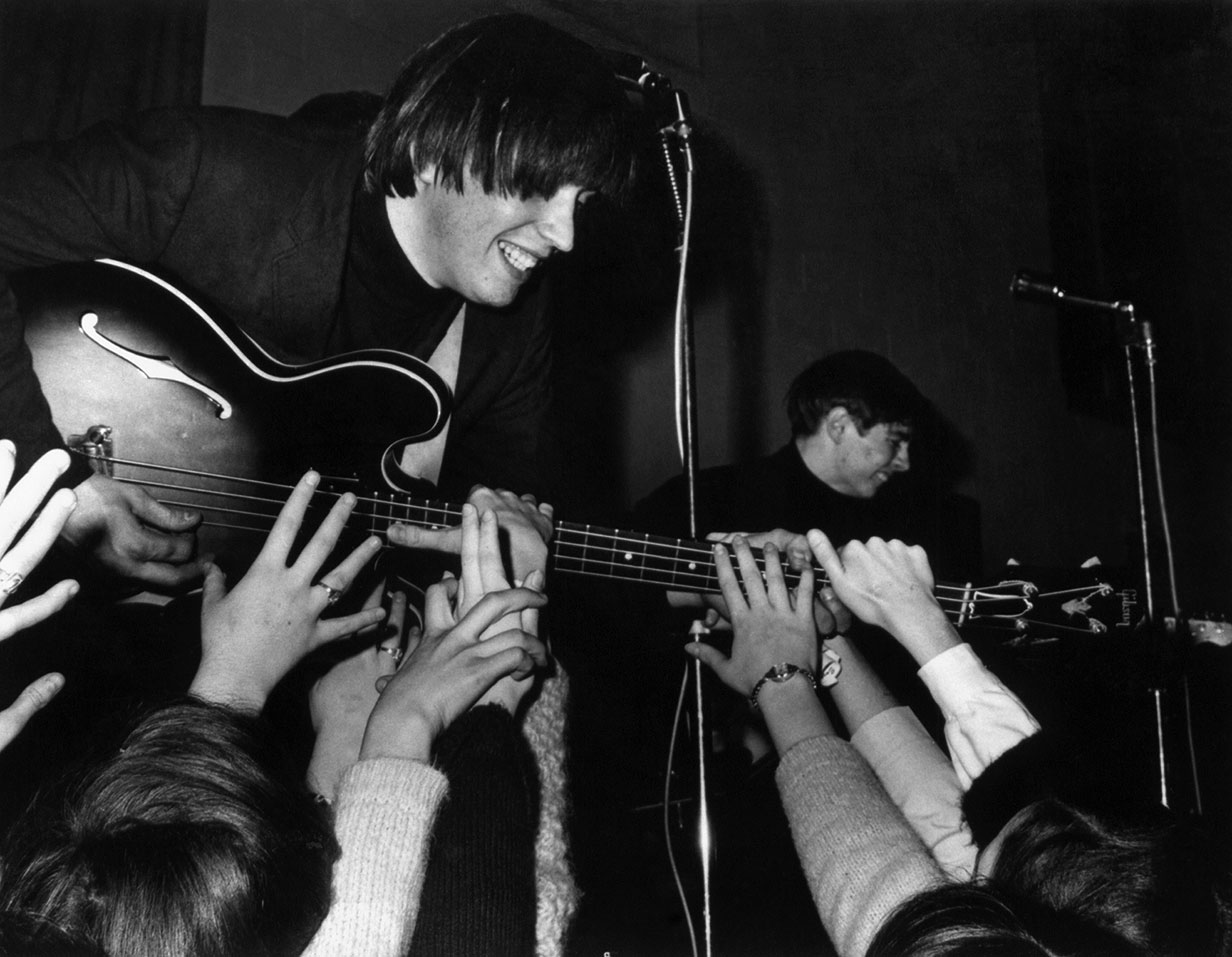 The 60's Large Crowds and a Recording Contract

The Invictas started during the 60’s as a neighborhood band. The original members included Dave Hickey on drums, Bruce Hickey on lead guitar, Herb Gross on vocals and rhythm guitar. The band started to become popular playing at college fraternity parties and soon was hired to play at a bar known as Tiny’s Bengel Inn. During this era the band added Mark Blumenfeld to play lead guitar and Jim Kohler was selected to play bass guitar.

The band became so popular that hundreds of college students would stand in line every weekend hoping to get into Bengels and rock with the band.

One night at Bengels, a couple was dancing rather provocatively in front of the stage. Herb asked them "what dance are you doing?" They responded we’re doing "The Hump.” The following week, Herb had lyrics and a song ready for the band. It was called “The Hump.”

Bengels was a casual college bar, it was packed wall to wall. A song and dance called “The Hump” was talking their language. One evening a man shows up dressed in a suit. He listens to the band, watches the crowd's reaction, and offers the band a recording contract.

The Invictas were to record “The Hump” in a recording studio in Buffalo, NY. During the recording session, the band notices that the song does not have the excitement of the crowd at Tiny’s Bengel Inn. The solution? Bring about 30 friends and several cases of beer into the recording studio. It works, the song creates excitement and fun. The record company loves it. The band is doing so well, they decide to buy a used hearse as a promotional vehicle. The hearse had the band’s name painted on the side and racing stripes were added from front to back.